Don Carney, Lead Guitar: Don was the lead guitarist in the original Tekes band which played throughout the Detroit area from 1964 through 1967 (the original Tekes band reformed in 2007 after a 40 year lay off and adopted the name the AnTekes). Don began to play the guitar at the age of 11 when a neighbor gave him an old white Stella acoustic. Lessons followed for several years and he learned to play Walk Don’t Run. Don credits his attendance at the first Beatles concert in Detroit with sealing the deal on his focus to be a lead guitar player. Don purchased his first electric guitar in a Detroit pawn shop soon thereafter. After meeting fellow band member and guitarist Jeff Hurlbert the first year in high school, Don and Jeff then joined with Don’s friends and Royal Oak neighbors Mike (bass) and Pat Diggles (drums) to form the original band known as the Tekes. Another high school classmate of Don and Jeff , Jim McGuire, joined the band a year later on keyboards and vocals. The Tekes won a battle of the bands at MSU in 1967 which turned out to be the band ‘s last stand before breaking up (the first place prize of recording studio time was never used). Don is now the lead guitarist for the AnTekes. 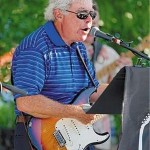 Jeff Hurlburt, Vocals and Guitar: Jeff Hurlbert started playing an acoustic guitar when he was 5. From those early years, he joined fellow University of Detroit High School classmates Don Carney and Jim McGuire with a band entitled, The Tekes in 1964. Playing rhythm guitar and singing vocals, Jeff and the band played at many high school, college, and dance venues throughout the mid ’60s. As band members went off to various colleges, Jeff switched to a Martin 12 string guitar until the band reunited 40 years later in 2007. Jeff plays both a Fender Stratocaster and a Rickenbacher 12 string guitars, and performs vocals with the renamed AnTekes.

Dan McCarthy: Daniel McCarthy fell in love with the piano when he was just three years old. His grandmother played the piano and Dan would always ask her to play for him. When Dan turned 7, his grandmother gave him her piano and he began to take lessons. When Dan turned 11, he began to study jazz piano under piano master Nick Bariluk. Under Nick’s tutelage, Dan worked his fingers to the bone and studied music theory, sight reading, and he further honed his skill with perfect pitch.
Dan turned pro when he was just 14 years old, having played the piano in several neighborhood restaurants for pocket change. Indeed, during his high school, college and law school years, Dan was playing at numerous restaurants, bars, and even performed with several “dueling piano” bars in Michigan and New Orleans. Dan also served as Musical Director for several years for an outdoor musical theatre company.
In 1989, Dan saw the movie, “Great Balls of Fire,” the loose biopic of the early life and career of Jerry Lee Lewis. From that movie, Dan got turned on to boogie-woogie and rock-n-roll piano, studying and copying all of Jerry Lee’s piano riffs. In 2002, Dan went to a Jerry Lee Lewis fan convention in Memphis Tennessee where he got to meet the great Jerry Lee Lewis. Dan entered a “Jerry Lee Lewis sound-alike” contest and was awarded the 3rd place prize after competing with other performers from the United States and Europe. While in Memphis, Dan toured the infamous “Sun Studios” where Elvis Presley made his mark. Dan even got to play the actual spinet piano that Jerry Lee Lewis played on when he recorded “Whole Lotta Shakin’ Goin’ On.”
Most recently, Dan continues to study “classic” boogie woogie piano of the likes of Albert Ammons, Pete Johnson, and Meade Lux Lewis. He also loves to play stride and ragtime and he took first place at the Greenfield Village “piano cutting contest” for the annual “Ragtime Festival.” To this day, Dan is a featured performer at the Ragtime Festival each July.
Dan joined “the AnTekes” a few years ago when he met fellow band mate and friend John Mills at the Oakland County Bar Association Talent Show. Dan and John have been “rockin” together in various musical outings for fellow lawyers and they’ll continue to do so as long as the Good Lord permits!!!! 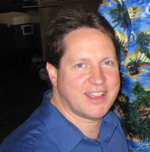 Jim Cadotte: Jim Cadotte received his Master of Music degree from Oakland University in 2004. Currently, he is teaching instrumental music in Grosse Pointe Public Schools. He has taught in Grosse Pointe for 14 years. In addition to teaching, Jim Cadotte has been playing both electric bass and acoustic bass in various musical groups throughout the Detroit area for the past 30 years. He has played in a wide variety of situations including small jazz ensembles, rock bands, big band jazz groups, chamber ensemble string groups, and dance bands. Recently, he has been playing with the AnTekes,Tom Alport Big Band, After the Fact, Charuba and is actively freelancing. 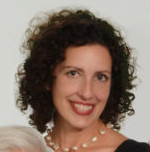 Jan Calvert, Vocals and Tambourine: Jan developed a love of singing from a very young age. Her father sang tenor in their church choir and would regale Jan with stories of his lead singer days with Detroit- area big bands in the 1940’s and 1950’s. After Jan graduated from college, she auditioned for a cover band with aspirations of making music her career. Much to her parents’ relief, Jan did not get the gig and instead enrolled in law school. Over the years, despite being a lifelong member of her church choir, Jan craved more. So in 2015, when presented with an opportunity to perform at a local fundraising event, Jan jumped at the chance. During her performance, Jan caught Don Carney’s attention and was asked to sit in with the AnTekes. She has since become a full-fledged member of the band. Jan sings lead and backup vocals, and plays a mean tambourine.

Bill Ulrich: A tail-end baby-boomer, Bill Urich was born in Cleveland to a grade school teacher and her Navy vet husband, and reared in Greater Detroit. Working his way through school primarily at night, Bill holds a Bachelor’s in Journalism, Phi Beta Kappa, and a Juris Doctorate from Wayne State University.

A life-long music lover, Bill played percussion in school band and orchestra from his tender years, and branched into rock and other genres in high school. Bill powered Oakland County’s first punk rock band to talent show folklore status, and was elected drum-major for the Groves Falcons in 1980.

Bill has performed in acts including but not limited to Refuse, Antares, Ozone Alley, The Ones, Jeff & The Atlantics, The Shindig and recording and touring artist The Knaves. The latter band’s prospects were so sexy Bill walked out of a perfectly good job at the Oakland County Prosecutor’s Office to hit the road for two years.

Nearly 30 years later, with arms, ears and windpipe mostly intact, Bill has the privilege of membership in the AnTekes and offers much unsolicited guidance to his three musician sons.